As long as there has been a Jewish people. the hope for the coming of Moshiach and the Age of Redemption has been first and foremost in the minds and hearts of all the Jewish people.

With the passage of time, this hope has not waned, nor have repeated persecutions beaten it out of the Jewish mind and heart. On the contrary, the extreme length of this present dark Exile has only served to intensify the longing and anticipation for the coming of the King and Redeemer, Moshiach.

During the last century in particular, our Sages from diverse schools and varied backgrounds have all declared that we are now going through the very last stages of Golus – Exile. They have identified this period as that which the Sages of the Talmud referred to as Ikvasa d’Meshicha, or the “Heels of Moshiach,” stating that the onset of the Redemption cannot be far off.

The most powerful of all these pronouncements was made some fifty years ago by the Previous Rebbe of Lubavitch, Rabbi Yosef Yitzchak Schneerson, who announced, “‘L’Alter l’Teshuvah, L’Alter l’Geulah! – Teshuvah Now, Redemption Now!”

The Previous Rebbe further stated that the cumulative good accomplished by the Jewish people throughout thousands of years had brought the world to the verge of Redemption. Everything was ready. Everything was prepared. He compared the situation to that of a soldier in uniform preparing for review. The only thing left to be done was to polish the buttons. Only a bare minimum of effort remained to prepare the world for the announcement, “The time for your Redemption has arrived.”

Near the end of the year 5750 (1990) the Rebbe actually made the announcement, prophetically declaring that “The time for your Redemption has arrived.” In that year designated as “The Year of Miracles,” the Rebbe made it unmistakably clear that the announcement was a prophecy, and asked that this prophecy be disseminated through the entire world.

The Rebbe later expanded on this statement on numerous occasions, explaining that “the process of polishing the buttons had also been completed.” That is, the process of refining the world, referred to in Kabbalah and Chassidus as “Birur HaNitzotzos,” refinement of the sparks, had been completed, and the world was now ready for Redemption.

Now that, after centuries of longing, the Jewish people finally heard the words, the question arose, what were we supposed to do? Were we to simply await the unfolding of events or take an active role in the process of Redemption?

On the eve of the 28th of Nissan, 5751, the Rebbe removed all doubt about the role we would have to play. In perhaps the most startling words he ever uttered, the Rebbe said that he had done all that he could do to bring Moshiach. Now he was handing the responsibility over to us to make it a reality.

Shortly afterwards, the Rebbe explained what he wanted us to do: Our primary task was to learn and teach about Moshiach, to live with the idea of Moshiach, and as a result to make essential changes in our way of looking at life. We should further publicize the prophecy that Redemption was imminent, so that everyone would actively prepare to greet Moshiach.

“Do everything you can do to bring Moshiach here and now,” the Rebbe said. The result was an unprecedented amount of literature about the subject of Moshiach and Geulah (Redemption). But to fully appreciate the significance of the time in which we live and the seriousness with which this new reality must be confronted, we must familiarize ourselves with all that the Rebbe has said and written on the subject of Moshiach and Redemption, especially during the last few years.

The sheer volume of these teachings, not to mention the close-knit nature of the Rebbe’s thought, makes this a difficult task. Therefore it was felt necessary to publish a selection of some of his most important and innovative statements made during the years 5750-5752. These declarations the Rebbe edited personally, with the special request that they be publicized throughout the world.

This project, undertaken with the Rebbe’s consent and blessing, resulted in the publication of the book, Besuras HaGeulah – The Announcement of Redemption.

Indeed, since the year 5752, many of the talks and public discourses of the Rebbe have been translated into English (and other languages). Undoubtedly, the rate of translation has increased exponentially over the last decade. These translations range from complete transcriptions to anthologies on particular topics. There are even many works that are not direct translations, but are rather presentations of the Rebbe’s ideas in other formats. These include language appropriate for children as well as short essay for those unitiated in Chassidic or Talmudic thought.

The translation of this book, Besuras HaGeulah – The Announcement of Redemption – differs from its predecessors in two ways. (Needless to say, any errors are the responsibility of the translators and editors, Yisroel Heschel Greenberg and Dovid Yisroel Ber Kaufmann.) First, since it consists wholly of short excerpts on a single topic, it presents a unique challenge, without the advantage a collection of maxims or aphorisms would have. While each entry stands on its own, nevertheless the context in which it occurred is missing. Often an entry will be related not only to a series of observations, or be part of a lengthier argument, but it will also relate, directly or indirectly, to events occurring in the world at the time. We have decided not to include such references, even as footnotes, except when absolutely necessary and only when the entry would be incomprehensible otherwise. We felt it best in this case to remain as faithful to the original publication as possible. Given the nature of the Rebbe’s remarks, the wisest course seemed to present them unadorned, either in method of translation or commentary.

In this we have departed somewhat from the accepted procedure of translators (as mentioned by Maimonides), namely, to translate idiomatically. While every effort has been made to render a clear translation, free of awkward phrasing, the nature of speech in general, and the Rebbe’s speech in particular, raised a number of difficulties. Add to that the extraordinary nature of what is said here, and it seemed best to translate as literally as possible, while still insuring the entries made sense to an English-speaking audience.

Second, these excerpts come from a short period of time, the years 5750-5752. While not an issue for the translator, per se, it does require a sensitivity to the wondrous and cataclysmic events of that period. Since the translation of Besuras HaGeulah was begun, the world experienced Gimmel Tammuz, when we could no longer see the Rebbe with our physical eyes. Although we still feel his presence, in some ways even more, nevertheless, we all want to see the Rebbe before our physical eyes, which will occur with the coming of Redemption. To achieve this, the Rebbe told us on 28 Nissan what must be done: we must strengthen our attachment to him, by learning his Torah (teachings) and following his directives. Of all the Rebbe’s diverse instructions to us, his call to inform the world of the imminence of Redemption occupied the most important place in his talks of the years 5750-5752. Certainly we should continue to fulfill that directive and disseminate the Rebbe’s message.

It is our hope that the reader will gain a renewed appreciation for the extraordinary – the prophetic – insight of the Rebbe, that this appreciation will lead to a greater awareness of and effort towards fulfilling the prophecy of the Rebbe, Melech HaMoshiach, that the final Redemption is imminent. Amen. 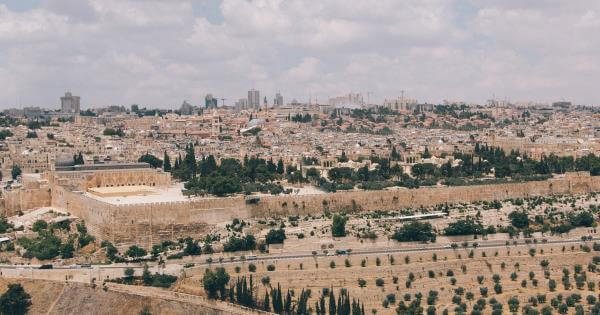 Zero to Three in under 24