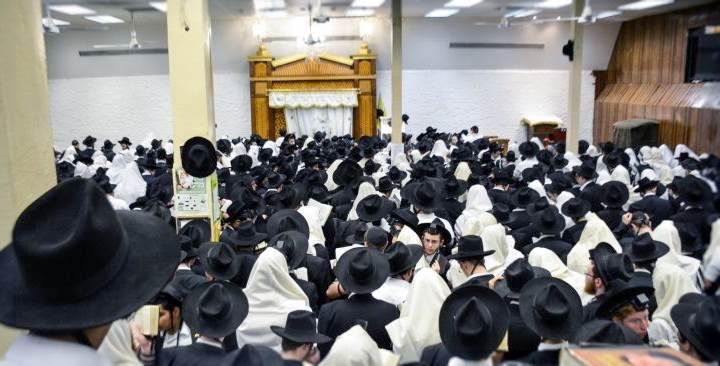 Why Did Moses Stop?

Moses pleads with G-d to be able to cross over the Jordan. Moses’ desire to be in the Land of Israel was so great that, according to our Sages, he devoted 515 prayers to get G-d to rescind His decree that Moses could not enter the land. Moses was determined not to give up. He was ready to pray a 516th time and only desisted when G-d ordered him, “Do not continue to speak to Me further about this matter.”

Two questions can be raised. Why did Moses pray to enter the land in the first place? Wasn’t that in defiance of G-d’s decree that he would not enter the land? What right did he have to try to counter G-d’s decision?

Second, why did he desist from praying when G-d told him to cease praying? G-d told already Moses that he could not cross over into Israel as a punishment for striking the rock. And yet, despite G-d’s unequivocal declaration that he would not enter the land, Moses persisted. Why then did Moses finally stop praying when G-d told him to stop praying? Why didn’t he continue to pray as he did before?

Distinction Between Statements and Commands

The obvious answer to both questions is that there is a major distinction between G-d’s statements and G-d’s commandments.

When G-d makes a statement and issues a decree against a person, that decree is not yet final and may be altered by us.

For example, in the beginning of Genesis, we are told that G-d cursed Adam for his participation in the eating from the Tree of Knowledge, that “…through suffering shall you eat of it all the days of your life. Thorns and thistles shall it sprout for you… By the sweat of your brow shall you eat bread…” By G-d’s decree to Adam, humanity was destined to struggle with the earth.

Yet, nowhere does the Decree say that we are forbidden to use modern farming techniques which can make farming a comparatively easy experience. Indeed, our Sages reveal that Noah, which means “rest,” was so called because he invented the plow to significantly reduce the hardship in farming. This, our Sages say, is the meaning of the Biblical words that explain why he was called Noah: “This one will bring us rest from our work and from the toil of our hands, from the ground which G-d cursed.”

Another example is the curse directed to Eve for her role in the eating fruit of the Tree of Knowledge: Humanity will suffer in childbirth.

Yet, despite the decree that women will suffer in childbirth, it has never occurred to anyone steeped in Torah values to prohibit medical attempts at ameliorating the pain of childbirth. On the contrary, according to Jewish law to relieve another person’s pain is virtuous. And conversely, if one can do something to relieve the pain of others yet fail to do so, it would be a violation of a Torah commandant, “Do not stand idly by the blood of your fellow.”

When we discover that there is nothing we can do through actions of our own to change G-d’s decree, we must then resort to three things mentioned prominently in the liturgy of Rosh Hashanah and Yom Kippur: “Teshuvah (repentance or return), Tefilah (prayer) and Tzedakah (charity) will remove the negative decree.”

Maimonides (in his Mishneh Torah, the Laws of Teshuvah) explains that Teshuvah works because it changes our identity. If the decree was directed at us, once we do Teshuvah we are no longer considered to be the same person as we were when we sinned.

Of these three, Tefilah arguably stands out as the most potent because it gets G-d to change His will. Whereas Teshuvah works because we changed our identity, and Tzedakah pushes away the decree, Tefilah actually can change G-d’s will.

For example, when a person, G-d forbid, becomes ill, we know that it is G-d’s will that the person should suffer sickness. While we may not understand the reason G-d has for causing a person to suffer, we cannot deny that the suffering was G-d’s will. It is precisely at that time when we must pray to G-d to remove that decree by changing His will. This is what is being expressed in the ubiquitous introduction to prayer “Yehi Ratzon, May it be the will…” Chassidic thought explains that the essence of prayer is to beseech G-d to change His will; instead of G-d willing the person to suffer, G-d should now will for the person to recover.

So when G-d decreed that Moses would not enter the Promised Land, Moses knew that he had a right, and even an obligation, to plead to G-d to change His decree.

Rashi cites the decree that G-d issued against the Jewish people for their participation in the Golden Calf debacle. Moses understood from G-d’s words to him that he wanted him to plead with Him to annul the decree.

Similarly, Moses was convinced that G-d had given him an opportunity to pray for cancellation of the decree.

However, when G-d commands us do something, we have no right to plead with Him to change His will.

Thus, when G-d commanded Moses to cease his praying, Moses realized that there was no recourse. G-d’s decree was final.

Why Didn’t Abraham Pray for Isaac?

Another illustration of the distinction between trying to change a Divine decree versus asking G-d to retract His commandment is the story of Abraham and the binding of Isaac.

Why, many ask, did Abraham plead on behalf of the evil people of Sodom and yet did not plead for the life of Isaac, whom G-d commanded him to sacrifice?

The distinction here is again obvious. The people of Sodom were under a Divine decree that they would be destroyed. As Jews, when we become aware of impending disaster, even if we hear it directly from G-d, we have the responsibility to do everything within our power to convince Him to rescind that decree.

However, once G-d commanded Abraham to sacrifice his son, there was no alternative left to him. One may try to circumvent a heavenly decree, but not a heavenly command.

Inner and External Will

As we probe more deeply into this issue, a nagging question persists.

The answer can be given based on the discussion in the Tanya (the seminal Chassidic work) that distinguishes between G-d’s inner will and His external will.

To understand the difference we can refer to human experience. There are things we do voluntarily that only express our external will. For example, many people will go to work at a job that they do not enjoy and would gladly be almost anywhere else. However, in order to earn a living they are willing to engage in behavior that they don’t really like or desire. That is what we call “external” or “outer” will. It does not capture what we really, intrinsically want

However, when workers take their hard-earned money and spend it on things they truly enjoy, those choices express their inner will. Relative to the will to go to work, the will to enjoy life is one’s inner will.

G-d created the universe in an expression of His external will. G-d obviously wanted there to be a world. But His true inner desire is not for the world in and of itself. Instead, He wants us to perform Mitzvos which transform the world into a “dwelling place for G-d.”

When G-d expresses His external will, which encompasses every experience in life, we have a right, nay a duty, to change the way the world was created so that G-d’s inner will is fulfilled. We take war and turn it into peace, transform the have-nots into haves, suffering into delight, evil into good, sick into healthy, the ordinary into the extraordinary, the mundane into holy and the good into G-dly.

Our true purpose and challenge is to look beyond the manifestation of G-d’s external will and transform it into an expression of His internal will.

There are subcategories within G-d’s inner will. G-d’s innermost will is to bring the world to its intended objective, the Messianic Age. At that time G-d’s plan, for the world to become G-d’s home, will be fully realized. That is the innermost will underlying G-d’s internal will that we perform the Mitzvos. Until that goal has been reached, we are obliged to plead with G-d to bring the Redemption.

The one difference between Moses’ situation and ours is that, with respect to Moses, the time of His redemption had not yet come. G-d therefore commanded him to desist from praying. At that time, praying for his right to enter the Land contravened G-d’s inner will and Moses had to stop.

Today, after the Rebbe told us repeatedly that “the time of your Redemption has arrived,” the order of the day is for us to pray incessantly for the revelation of Moshiach and the imminent Redemption.

Prayer must be augmented by all of the other things we were told would hasten the Redemption, including Ahavas Yisroel, study of Torah, performing Teshuvah and giving Tzedakah, among other Mitzvos. 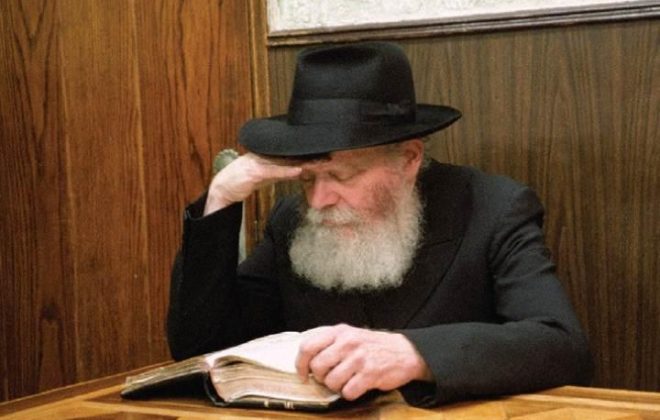 Understanding who is the Rebbe