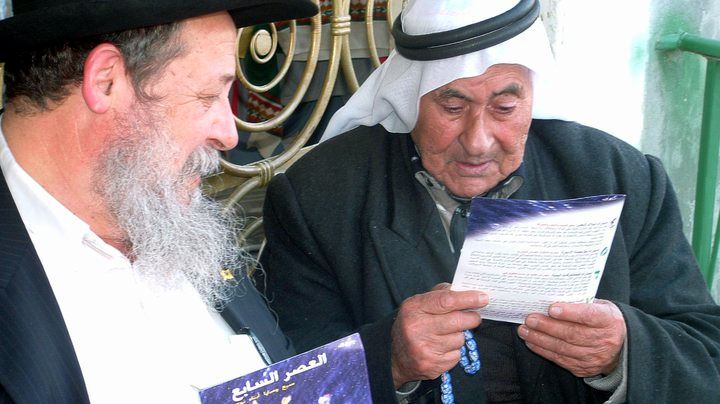 Just as the horrifically evil events we have recently witnessed, as incomprehensible as they are, have shaken the entire world for the worse. So every good deed done now can reveal untold blessings and change the world for the better. That is why G-d gave Seven ‘NOAHIDE’ Commandments.

The Lubavitcher Rebbe שליט”א Rabbi Menachem M. Shneerson King Messiah, a prophet and the greatest Jewish leader of all time, announced in 1991 that we are entering the Messianic era every good deed done now will reveal untold blessings and infinite good.

Yes, by observing these seven living principles you can actually help make a new world; a world without war, misery, injustice, cruelty, and even disease. You can help make the world into the paradise it was when it was first created.

1. PROHIBITION OF IDOLATRY (Belief in One G-d)

Every person should believe in the existence of the one and only Creator of the world. He creates the world and every person, and knows all our actions and thoughts. He observes them and judges each person according to his deeds. He is the one and only G-d whom we must worship and to whom we should pray.

The practical meaning of this commandment is: a complete prohibition to bow down or worship idols of any kind or to believe in another god or any other created entity or force.

Each person has to give respect to the Creator of the world, who granted him life and the world to live in. The practical meaning of this commandment is the prohibition to curse G-d or call Him any derogatory or disrespectful name.

Man is created in the ‘image’ of G-d. Man’s life is a holy gift, which no one has the permission to take away from him. One should respect and encourage the continuation of mankind. One who kills a soul it is considered as though he has murdered the entire world and harmed the Creator in whose image he was created. The practical meaning of the commandment is a complete prohibition to kill any human being, including a fetus in its mother’s womb.

G-d has granted each person the ownership over his money and possessions, and no one is permitted to take them away from him. This includes also the prohibition to holdover payment, the prohibition to kidnap a person, young or old. The practical meaning of this commandment is a strict prohibition of stealing or robbery or any kind of taking a possession away from one’s disposal by force or by fraud or in any other illegal way. Sensitivity to another person’s money or property inspires us also to do acts of charity and kindness.

G-d created firstly the man and the woman as one unit, and then divided them to two separate entities, which are in need of each other in order to reach completeness. Married life and its laws are, therefore, the basis for the existence of mankind and the completeness of the family and community. This comes into expression also in keeping values of modesty and discreetness in matters of marital relationship.

G-d created living creatures in the world, and we must respect their existence. As opposed to the flora, which is renewed continuously, harm to animals is irreversible. Although the Torah is not negating the eating of meat, it sets strict limits to the ability of a person to use animals for his needs. This commandment, which obliges us not to be indifferent even to the suffering of an animal, enhances also our obligation to be aware of another person’s sorrow, not to hurt him and to help him come out of his stress. The practical meaning of this commandment is prohibition to eat a limb or tear out a limb taken from an animal while it is still alive.

In order that all the above laws will be properly observed, courts of justice should be established in every city (or zone), with judges, who will make decisions with regard these commandments and have the authority to punish those who transgress them. Every person who has an argument will be able to go to these appointed judges and obey their judgment.

The Sages teach that when a non-Jew keeps these laws because they are good and reasonable, he is considered wise. However if he observes because G-d commanded them to Moses at Sinai, he is considered saintly and earns himself eternal life in the world to come, with a spiritual reward comparable to that of a Jewish High Priest.

In addition, when man fulfills his potential, the whole of creation is nurtured and elevated to realize its goal. This transforms the world into a beautiful place where G-d will choose to dwell in a revealed way, very, very soon.