Dr. Eliyahu Sorkin was born in Paris without the slightest knowledge about his Judaism. When he turned thirteen, he asked his parents to make him the ceremony in church that his peers had when they were thirteen. “My classmates would have a priest come and teach them the fundamentals and I asked my parents to do the same because I didn’t want to be different.”

To his surprise, his parents refused. Shocked and disappointed, he went to his room in tears. His beloved parents did not expect such a reaction. After a few hours of conferring secretly, they called him to their room and told him they were Jews, which is why they could not do the ceremony in church.

“Jewish?” he repeated in wonder. “What does that mean?”

After that, his life changed just a little. He began looking for Jewish symbols through which to somehow embrace a Jewish lifestyle, but did not find any. When he got a silver magen david from his aunt, he was excited. He showed it proudly to his classmates. To his dismay, they beat him up and called him names. He returned home injured but proud to be a Jew.

He began to admire Israel and in 1967, during the Six Day War, he even went on a solidarity visit there. A strange feeling overcame him as he tread the holy land. The thought that the place was so familiar to him was unshakable. Wherever he went, he felt that he had already been there. This feeling increased his love for the land.

After graduating from military academy in France, he studied medicine in Paris and was one of the leading students in his field. He spent ten years studying medicine and excelled at it. During his studies, he had contacts with the student revolution in France and was one of the founders of Doctors Without Borders. When he finished his course work in university at the age of 24, he pursued his specialty training in a private hospital as a doctor in the anesthesia and intensive care departments. His training also included working as a doctor on a helicopter for the flight ambulance services.

“During the many years in which I studied medicine, my dream was to move to Israel and work there as a doctor.”

Eliyahu made plans to make aliya but they did not work out. “Then I suddenly had the desire to research what it means to be a Jew.” He went to a rabbi in France who first sent him to learn the basics before learning with him. Dr. Sorkin began studying Hebrew on his own and read Jewish books for beginners. “The more I learned, the more I put into practice.”

He met his wife who came from a traditional family and he followed her and continued increasing his mitzva observance.

In 5741, Dr. Sorkin made aliya with his family. A few months later, the Peace in Galilee war began. All doctors, like Israeli citizens, were sent to the front. As a new immigrant he remained at the hospital, busy over his head with treating the wounded.

About two years after he made aliya, when he was 33, his experience as a helicopter doctor when he lived in France stood him in good stead, when he was drafted into the IDF in the Air Rescue Unit. After a reserves officers course, he began doing dozens of reserve days a year, mainly on the Lebanon border. He was part of numerous daring extrication operations as well as rescues of tourists around the country.

After a few years of living in Haifa, he moved to Raanana where he registered his children in Mizrachi schools. Yet, here too, he felt he still had not arrived at what he was searching for. “Despite having become stronger in mitzva observance, I felt a certain lack and yearned to discover more within Judaism.

“One day, a shliach of the Rebbe in Raanana, Rabbi Eliyahu Shadmi, moved to a home near me and we slowly became friends. I ended up registering my children in the Chabad preschool he opened and started davening in the Chabad minyan he started. That is when I discovered what true prayer is. For the first time in my life, I saw the depth of prayer in a Chabad minyan which made a great impact on me.” He also met the legendary chassid Rabbi Reuven Dunin, who left an indelible impression on him.

After much pleading on the part of Rabbi Dunin, Dr. Sorkin went to 770 for the first time. “As director of the intensive care unit, I don’t have extra time. When I began thinking about going to the Rebbe, I tried to come up with a good time to go. I visited 770 on 19 Kislev for two days.

At the big farbrengen for Yud-Tes Kislev, he was surprised when he heard his name announced over the microphone, asking him to speak. “I was a bit bewildered. I had never spoken before Chassidim, and especially such a large crowd of them, but I opened up and told about my work at the hospital, about a critically ill person who recovered thanks to a blessing from the Rebbe and the giving of tzedaka.”

“Naturally, my department houses the critically ill. Many are brought after a serious accident or precipitous deterioration. Family members stand by helplessly. They come over to me, as director of the department and as a religious man. I suggest they start putting on t’fillin or doing another mitzva and boruch Hashem, we see immediate results.”

“Some time ago, we had a woman here in critical condition. Her family, who were very worried about her, kept asking me about her chances for recovery. I told them that we would do the best we could to heal her, while referring them to the ‘spiritual department.’ Indeed, after the family strengthened their commitment to Torah and mitzvos, the woman completely recovered.

“A similar story happened with a patient who was unconscious. His family was very concerned about him. I told them about divine providence and about strengthening religious observance, but they didn’t want to hear it. I was disappointed by their reaction but a few days later I saw the power of divine providence.

“One morning, as I sat in my office, the son of one of the patients in my department appeared. He said that he overheard my conversation with the family of the sick man and he decided to strengthen his Torah and mitzvos so his father’s condition would improve.

“That’s when I realized how influential I am. That young man did not belong to that family, but he heard what I said and decided to change.” 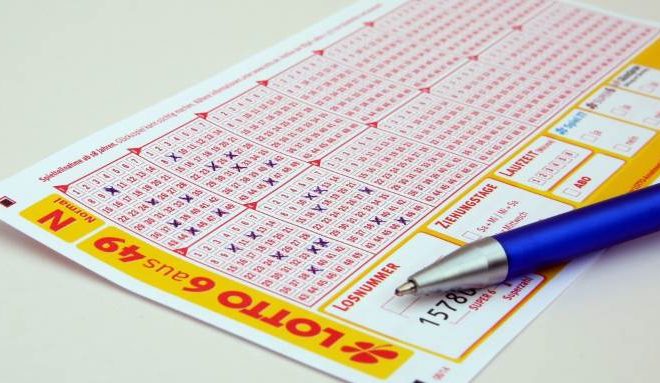 Learn, and your faith will be strong…

The Rebbe Keeps on Healing…