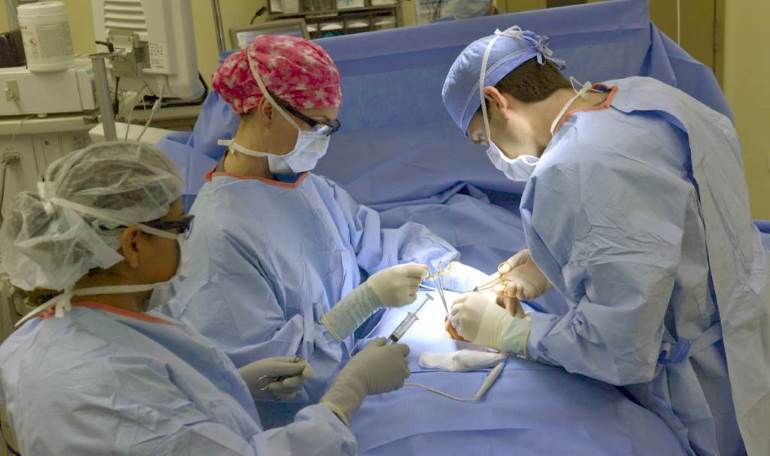 The Rebbe Keeps on Healing…

In 1997 Mrs. Helen S., an elderly lady in Brooklyn, suddenly developed a fever that she could not shake. No matter what the doctor prescribed, the fever persisted. It seemed that her situation was getting worse rather than better.

Over the next week or so she passed out several times for no apparent reason while her fever still persisted. It was decided by her family to admit her into the hospital, where they would run tests and once and for all get to the source of the problem. Over the next few days, while in the hospital, she passed out several times as well collapsing on the floor, adding physical injuries as well.

All the tests the doctor ordered did not show anything at all, yet Helen’s situation kept deteriorating. To the point where she was becoming disillusioned, not knowing where she was, not recognizing her own family members, not speaking rationally and had no control of her actions. The doctors finally admitted defeat by telling the family “she is in the hands of G-d”.

In sheer desperation, the family decided to ask the Rebbe King Moshiach for advice and a Blessing. The Rebbe’s response was to follow the advice of the resident doctor at the hospital – who’s theory differed from that of her doctors. Yet this is whom the Rebbe said to listen to. The resident doctor ordered a bone marrow test which correctly diagnosed her problem as being TB Meningitis. Mrs. S. was now able to be treated correctly and Thank G-d recovered completely.

Six years later, in July of 1996, Mrs. S. was unfortunately diagnosed with a severally deteriorating Leukemia condition. Now she was hospitalized for chemotherapy treatment. While in the hospital she suffered a mild stroke, which severally impeded her speech as well as her coordination.

One of her children, realizing the harsh side effects of chemotherapy, and seeing the physical impediments caused by the stroke, immediately wrote to the Rebbe for a blessing. The Rebbe answered (Igrot Kodesh, volume 22, page 170) not only with a blessing but with advice as well.

Because Helen was also given (by her daughter) the Rebbe’s Mikveh water before going for chemotherapy, she never had any side effects. Within a short time her speech returned to normal. The daughter informed the Rebbe of the improvements in her mothers condition. In answer, the Rebbe said (Igrot Kodesh volume 18, page 160); “I was pleased to hear about the improvement in health, it should go from good to even better”.

Today, to everyone’s amazement, Mrs. Helen S. is in remission, walks around on her own, speaks normally and generally leads a normal life.